This blog is part of our Ruby 2.6 series.

JIT stands for Just-In-Time compiler. JIT converts repetitive code into bytecode which can then be sent to the processor directly, hence, saving time by not compiling the same piece of code over and over.

MJIT is introduced in Ruby 2.6. It is most commonly known as MRI JIT or Method Based JIT.

It is a part of the Ruby 3x3 project started by Matz. The name "Ruby 3x3" signifies Ruby 3.0 will be 3 times faster than Ruby 2.0 and it will focus mainly on performance. In addition to performance, it also aims for the following things:

MJIT is still in development, therefore, MJIT is optional in Ruby 2.6. If you are running Ruby 2.6, then you can execute the following command.

You will see following options.

Ruby's compiler converts the code to YARV(Yet Another Ruby VM) instructions and then these instructions are run by the Ruby Virtual Machine. Code that is executed too often is converted to RTL instructions, which runs faster.

Let's take a look at how MJIT works.

Let's run this code with MJIT options and check what we got.

Nothing interesting right? And why is that? because we are iterating the loop for 4 times and default value for MJIT to work is 5. We can always decide after how many calls MJIT should work by providing --jit-min-calls=#number option.

Let's tweak the program a bit so MJIT gets to work.

After running the above code we can see some work done by MJIT.

Here's what's happening. Method ran 4 times and on the 5th call it found it is running same code again. So MJIT started a separate thread to convert the code into RTL instructions, which created a shared object library. Next, threads took that shared code and executed directly. As we passed option --jit-verbose=1 we can see what MJIT did.

What we are seeing in output is the following:

We can open the file and see how MJIT converted the piece of code to binary instructions but for that we need to pass another option which is --jit-save-temps and then just inspect those files.

After compiling the code to RTL instructions, take a look at the execution time. It dropped down to 0.10 ms from 0.46 ms. That's a neat speed bump.

Here is a comparison across some of the Ruby versions for some basic operations.

Create a rails application with different Ruby versions and start a server. We can start the rails server with the JIT option, as shown below.

Now, we can start testing the performance on servers. We found that Ruby 2.6 is faster than Ruby 2.5, but enabling JIT in Ruby 2.6 does not add more value to the Rails application. 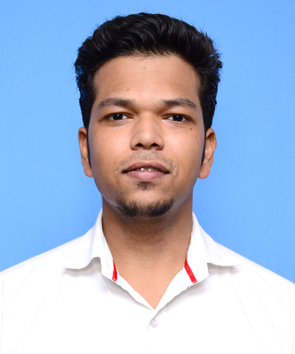