Our Thoughts on iOS 12 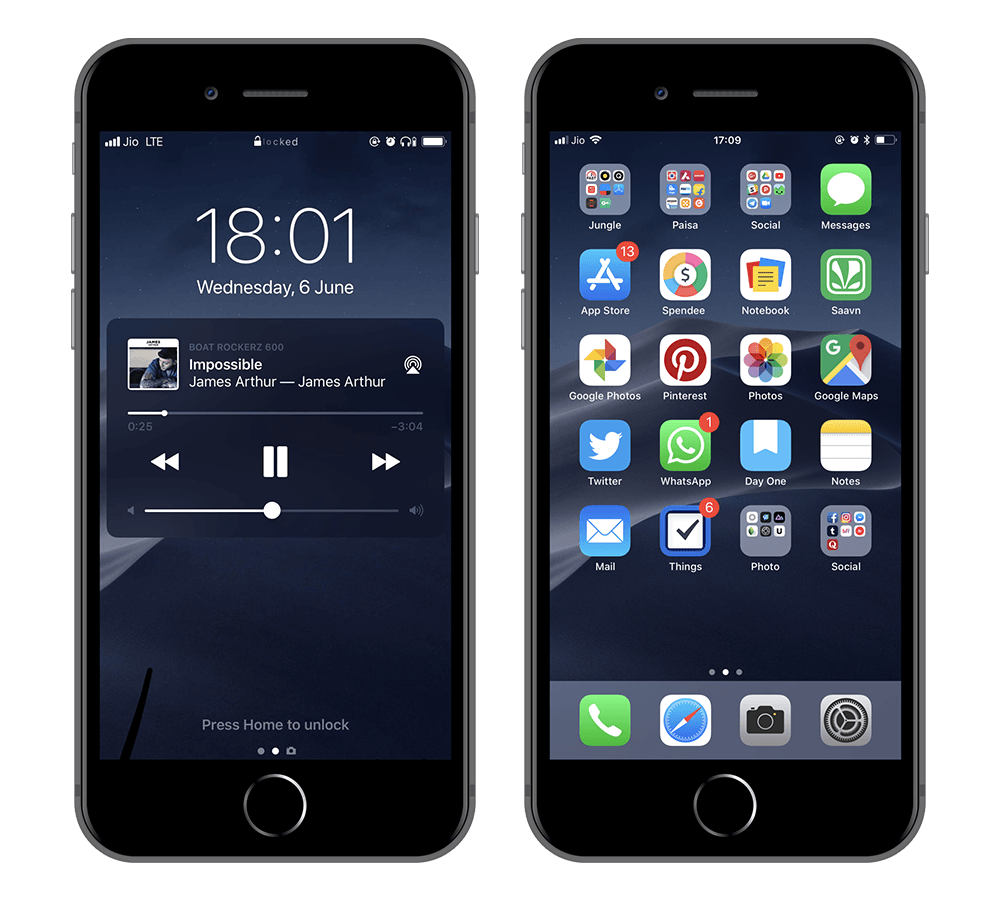 Apple announced iOS 12 at WWDC 2018 a few days back. Being honest, it was a bit disappointing to see some of the most requested features not being there in iOS 12. Like users have been asking for Dark mode since before iOS 11, and the ability to set default apps. It’s more of an update focussed on performance improvements, usability, and compatibility. The fact that iOS 12 is also available for the iPhones Apple released 5 years back is a great effort from Apple to keep users happy. And unlike last couple of years, this time we decided to calm our curiosities and installed iOS 12 beta 1 on our devices right away after Apple released it for developers. This blog is based on our experience with iOS 12 on iPhone 8 Plus.

Installing iOS 12 on your iPhone

First things first, make sure you have iPhone 5s or newer. And before getting started, plug-in your phone to iTunes and take a full-backup in case your phone gets bricked while installing iOS 12, which is very unlikely.

Once done, download and install beta profile{:target="_blank"} for iOS 12 and then download and update from “Software Update” section just like you install a regular iOS update. It’s a straightforward OTA update process which you’re already familiar with.

Note: This beta profile is from a third-party developer and is not officially from Apple. Apple will officially release public beta in around a month.

We’ve been running iOS 12 since last week now and here are our thoughts on the additions and changes introduced in iOS 12.

The performance improvements are significant and definitely noticeable. Previously on iOS 11, while accessing spotlight by swiping down from home screen, it used to lag. And not just that, sometimes keyboard didn’t even used to show up and we had to repeat the same action to make it work. But things are faster and better in iOS 12. The keyboard gets up as soon as spotlight shows up.

Another thing that we’ve noticed is the multitasking shortcut for switching to the last app by 3d touching on left wasn't that reliable in iOS 11, so much that it was easy to ignore the feature altogether than to use it, but in iOS 12 the same shortcut is very smooth. Although there are times when it still doesn’t work well, but that's very rare.

Spotlight widgets load faster in iOS 12 than they used to in iOS 11. Apart from this, 3d touch feels pretty smooth too. It’s good to see Apple squeezing out the power to improve the already good performance in iOS.

We think the implementation can be a whole lot better. For the notifications that are grouped, you get to see only the last notification from that app, a better way would’ve been to show two or three notifications and cut the rest. There’s no Notification pinning or snoozing which could've been very useful features.

There’s a new feature in iOS 12 called Screen Time which is more like bird's-eye view of your phone usage. There’s a saying that you can’t improve something that you can’t measure. Screen Time is a feature that’s going to be very useful for everyone who wants to cut down time on Social apps or overall phone usage. It shows you every little detail of how many apps you use and for how much time and at what times. Not only this, it also keeps track of how many times you picked up your phone, and how many notifications you receive from the apps you have on your phone. 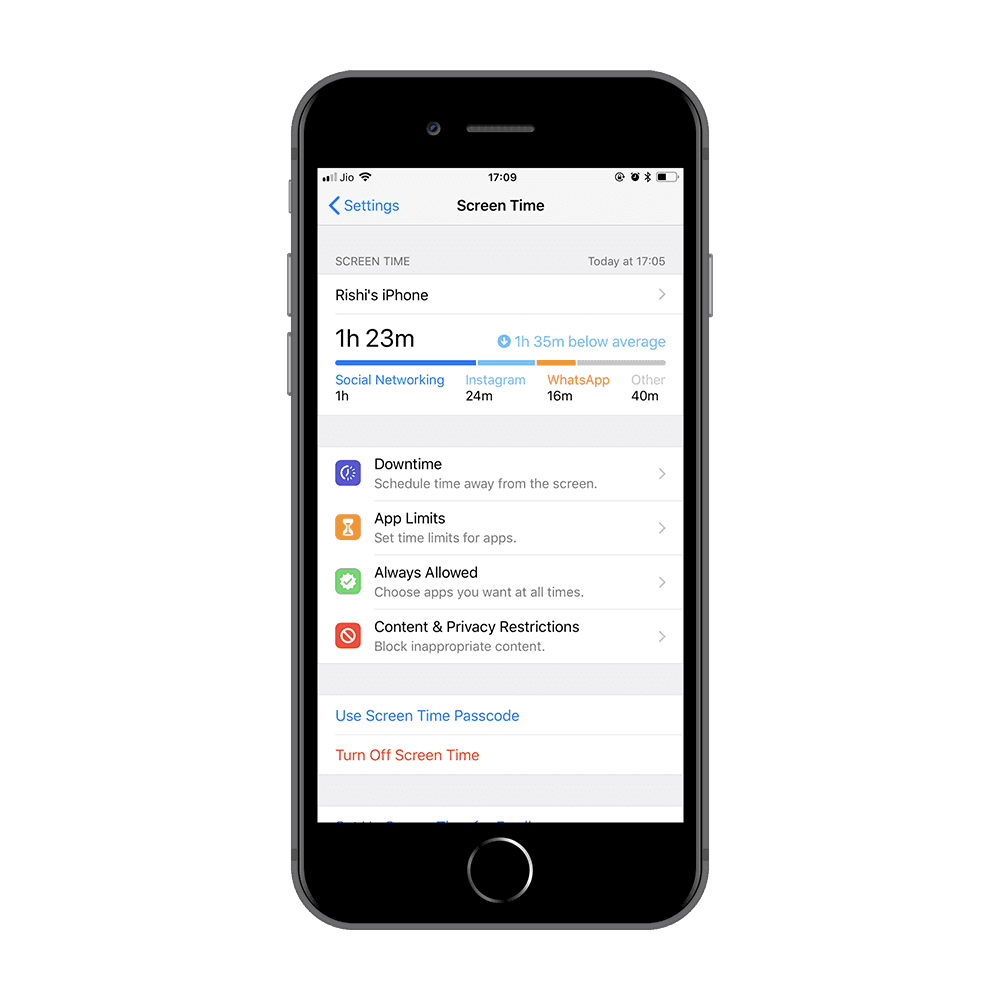 Other useful sub-feature of Screen time is App limits, which allows you to set limit on app usage based on app or category. So let’s say you don’t want to use WhatsApp for more than 30 mins a day, you can do that through App limits. It works for app categories including Games, Social Networking, Entertainment, Creativity, Productivity, Education, Reading & Reference, Health & Fitness. So you can limit it via category which works across apps. Plus, it syncs across your other iOS devices, so you can’t cheat that way.

In iOS 12, you can assign custom shortcuts to Siri to trigger specific actions, which not only works for System apps but also with third-party apps. So now if you want to send a specific message to someone on WhatsApp, you can assign a command for that to Siri and you can trigger that action just from Siri using that command.

Apple has also introduced a new app in iOS 12 called Shortcuts. Shortcuts app lets you group actions and run those actions quickly. Although Shortcuts app isn’t there in iOS 12 beta 1 but we think it’s one of best addition in iOS 12.

Photos app now has new section called "For you", where it shows all the new Albums, your best moments, share suggestions, photos and effect suggestions. This is more like the Assistant tab of Google Photos app. Also you can share selected photos or albums with your friends right from the Photos app.

The Album tab in Photos app is redesigned for easier navigation. Also there's a new tab for Search which has been advanced, so you can now search photos using tags like "surfing" and "vacation".

It's good to see Apple paying attention to up the Photos app but we still think Google Photos is a better option for average person considering it lets you store photos in Cloud for free. Also photo organization in Google Photos is much better than in new Photos app in iOS 12.

Enhanced Do Not Disturb Mode

Do Not Disturb in iOS 12 is enhanced to be more flexible. You can now enable Do Not Disturb mode to end automatically in an hour, or at night, or according to your Calendar events, or even based on your location.

Not just that, Do Not Disturb has a new Bedtime mode enabling which will shut all your notifications during bed time and dim your display. And when you will wake up, it'll show you a welcome back message along with weather details on the lock screen.

There are other updates and under the hood improvements as well, like new Measure app, redesigned iBooks app, tracking prevention, group FaceTime etc. Overall, we think it’s an okay update considering there are not as many bugs as there should be according to Apple standards. The force touch in the keyboard to drag cursor doesn’t work, Skype and some other apps crash, but for the most part, it’s good enough to be installed on your primary device. 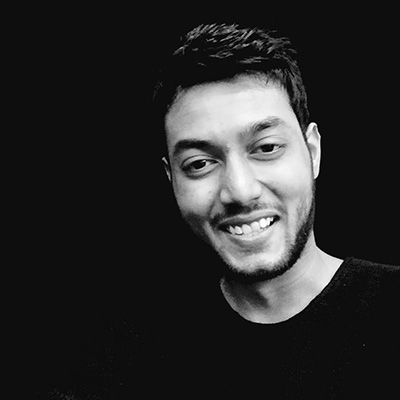